Victims to the Vote 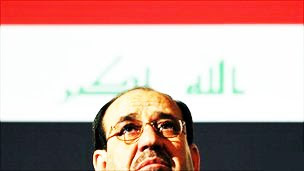 "It has been almost a million months since Iraqis ran to the polls, to fill holes in their souls with bloodstained ballots. Hundreds of candidates dressed up as maggots coloured the liberal lining in occupied skies, and perpetuated the lies that there is democracy. Hypocrisy of the highest order, politicians blaming their failure on porous borders, while blindly following American orders on everything from defence to education. The death of a nation, systematic assassination, and relentless dehumanization of millions of people. The burning of mosques, schools, hospitals and steeples for crumbs of rotten bread. Iraq is dead, shot in the heart and stabbed in the head." ~ Unfinished Letters from Iraq, broken part of a new spoken word piece.
Prior to the vote on March 7th of this year, all the major political factions running in the nationwide elections declared the entire affair to be corrupt and not representative of the people's will. They were preemptively cooking an excuse for any unwanted results that might emerge out of the charade. Independent reports corroborated their suggestions with testimonies of fake registration forms and leaky ballot boxes. However, the elections went through, and the results were applauded by other fake democracies around the world. Since then a constipated coalition building process has left Iraq with no government for more than eight months.

In spite of the satirical sadness of it all, the liberal media, and Iraq's desperate population continue to hold on to the electoral proceedings with religious fervour. From outside Iraq, those who politically organized the occupation see the elections as justification for their complicity in mass murder; while those inside the country try to cope with the immense loss of life by pinning their misguided hopes on the empty promises of one politician or the other.

The inaccuracy of the results and the subsequent drama only tell part of the story. An elections process cleverly diverts all attention from the colossal incompetency of the government, and spins the tall tale of a young fledgling born again country instead. The reality is that democracy in Iraq does not exist beyond the show business of sham elections.

In the absence of food, electricity, water, education, health, safety and dignity, the vote exists merely as a tool to stretch the life expectancy of the occupation and ironically works to quell any grassroots movements that would build genuine democratic institutions in the country. Students, workers, community organizations, women, single mothers, the disabled, orphans, the poor, and all other marginalized sectors of society continue to watch democracy from a painful distance while bearing the brunt of its epic failures.

The emergence of a sovereign, self sustained, secular, progressive, economically powerful country in the region was a worrisome possibility for an oil hungry United States, obsessed with growing Soviet expansionism at the time. As such, the last 40 years have witnessed a program of pillaging and exploitation that has eaten its way through some of the most fertile land in the world.

Under Saddam's Ba'ath party, civil society in Iraq was destroyed, personal freedoms exterminated, and the majority of the country's resources were wasted on a paranoid dictatorship and an American proxy war with Iran. Under the sanctions, Iraq's infrastructure was annihilated, millions of people were killed, and theft and corruption took a stronghold in the mismanagement of the country's affairs. Since the occupation, millions more have had their lives destroyed, the greatest systematic extortion of a country's resources successfully executed, and the language of sectarianism has choked the aspirations of many generations to come. Throughout this time, America also unleashed the most violent warfare in the history of mankind.

The elections are just another part of this death sentence issued to Iraq.

In 1963, the CIA backed coup that deposed the populist left leaning government of Brigadier General Abdul Karim Qassim, and eventually brought Saddam's Ba'ath party to power, seems to be only a day away. During the bloody hijack, lists of progressive activists were provided to Ba'athist henchmen by the USA to be murdered in campuses and other public spaces. One of the men touting a gun, terrorizing the University of Baghdad was none other than the esteemed Dr. Ayad Allawi himself, one of the main contestants in the recent Iraqi elections. He is the leader of the Iraqi National Movement (Al Iraqiya), the political party which won the greatest number of seats.

His rival, Nouri Al Maliki, is secretary general of the Islamic Da'wa (Preaching) Party which was established by a collection of clerics in the 1960s to build an Islamic state in Iraq. Although it was not secular like its Ba'athist counterpart, it also saw socialism as its main enemy. From its inception, Al Maliki's party enjoyed an incestuous relationship with the Islamic Revolution in Iran, and lived under its protection throughout the entirety of Saddam's regime. Both the party's history and sectarian outlook make it a perfect compliment to the complete destruction of Iraq, and thus has enjoyed great success in occupied Iraq. Currently, the Da'wa Party operates under the guise of the State of Law Coalition which received the second greatest number of seats in the 2010 elections.

Both parties are self avowed friends of America and employ a strategy of completely burning Iraq so they can rebuild it according to their own perverted US-endorsed visions of democracy. While Allawi prefers a nationalist leaning neo-liberal death for the country, Al Maliki prefers to bury Baghdad and other cities under the rubble of sectarian strife. In both cases, tyranny, corruption, and mass murder are required elements to complete the task. To that end, America is ecstatic, and is satisfied with playing a role of a divisive dictator from a distance.

From Al Maliki and Allawi, one can also get a sense of the entire Iraqi political spectrum that is killing its way to power. Different variations of religious fundamentalism, ultranationalism, hyperactive capitalism, and incompetency define democracy in the country. And despite their differences in delivery, the outcome is still the same: greater suffering for the people of Iraq. Al Sadr, Al Chalabi, Talibani, Al Dulaimi, Al Hakim, Al Alousi and Al Jaafari are just some of the crooks that have terrorized Iraq for the better part of the last decade.

The solution to Iraq's woes goes beyond its borders, stretching from the impoverished streets of Cairo, over the Apartheid wall in Palestine, and all the way to the coalition killing fields near Kabul. Without an internationalist and radical awakening in the fields and factories of Iraq, the people will continue to be victims to the vote. Without a concerted central effort to rebuild the country's infrastructure, Iraqis will continue to live in near apocalyptic conditions, waiting hopelessly for their imminent death. Without control of the country's resources, Iraq will operate infinitely as a one stop shop for vultures vying for easy profits.

One could argue that choosing a government is a necessary precursor for all these things to take place, but the mechanisms that govern Iraq are far away from the hands of the government. Elected officials are nothing more than glorified pimps that are holding down Iraq's head while it is being violated by dozens of dollar driven demons. In the absence of a progressive, radical, grassroots political program, the death of Iraq will continue to evolve from one election booth to the next.
Posted by Ahmed Habib at 5:00 AM