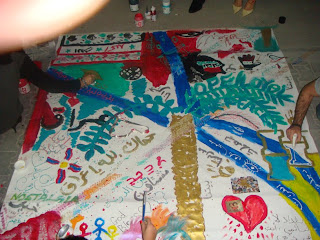 The strength of yesterday’s event doesn’t only lie in its ability to capture and share broken memories, but in its strength in paving a way for the future where Iraqi youth are active participants in the fate of their country and Iraqi communities all around the world.
Posted by Ahmed Habib at 7:34 AM