On Art, Hipsters, and Cultural Production.

"Israel is luring international artists to Tel Aviv to advance a false claim to being a civilized democracy." Desmond Tutu

In the absence of social movements, critical masses, and revolutionary struggles, culture emerges as one of the most effective tools of silencing dissent.

The monopolization of cultural spaces such as film festivals, concerts, art galleries, and publications by an social economic class obsessed with maintaing the status quo produces art branded in a particular way.

Irrelevant, self obsessed, isolated works are heralded as masterful creations while more poignant and powerful pieces are dismissed as being too literal and immature. The existential elite love to wade in a cesspool of abstract asthma, where concepts touch each other for the sole purpose of sensual stimulation. At times, when questioning tyranny is trendy and safe, glimpses into counter culture are allowed, but not long enough to invoke a consciousness that would threaten the existing establishment.

In the world of contemporary cultural production, money is the most popularly used colour, the most recognized musical chord, and the most dominant writing style. The death sentence issued by capitalism to free thinkers, determined to use art as a vehicle for change, means that the sell out train is overcrowded with greedy talent. It also means that the means of producing and distributing art are painfully beyond the reach of those who need to express themselves the most.

From Hip Hop to Cinema, the consumption of historically radical content by apathetic racist youth over the years has caught the eye of large corporations bent on reaping profit off anything. The appropriation of critical art by the same companies that sell everything from cookies to cars has seen the emergence of sound posing as music and movements mistaken for film.

To support this newly found industry, two things have had to open. The systematic breeding of horrible artists, many of whom we are guilty of liking in the same way we like our favourite soft drug; numbing, neatly packaged, and conveniently found everywhere. Secondly, the culture industry has had to ensure the reproduction of infinite generations to consume all this horrendous art.

A particularly painful product has been the emergence of a relatively affluent consumerist bloc that is obsessed with romanticizing poverty and other people's struggles through their patterns of buying material goods. They are hipsters. First seen in the 1940s in the United States, young educated white Americans grabbed the radical might of Jazz and strangled it until it was nothing more than a whitewashed cocktail of cymbals, high hats, and trumpet blasts.

Today, hipsters pose as Kaffiyah clad vegan vultures that have the honour of being the single most important sector of society that has maintained the dominant system of manufacturing and selling culture as a means of oppression. And this applies to all the wealthy parts of the world. From the dehumanized neighbourhoods of Manhattan to the bourgeoisie bubbles of Beirut, mobs of privileged sheltered youth masquerade as militant minds, holding up images of Bob Marley and Chairman Mao on overpriced T Shirts as part of their comfortable part time resistance.

Their presence is specifically excruciating because of their take on and role in worldly affairs. To hipsters, East African food is good, but the colonization of Africa is none of their business, and in fact, might have never happened. In Hipsterville, the Sitar is a beautiful instrument, but any knowledge of it beyond how it looks from a distance, is just too much to handle in their busy schedule of consuming watered down Buddhism and other post colonial kitsch.

But, with hipsters, their racism is not just a passive byproduct of their ignorance. In the Arab world, messy haired maggots with differently branded shoes will regularly be caught in double speak between flowery praise for the rights of women and talking down to South Asian workers on the streets of the Gulf.

In the end, being cultured means being able to buy other people's culture and use it to uphold a system that oppresses those from which they appropriated their latest fad. In turn, most cultural institutions emerge as shopping centers that service this psychopathic derivative of colonialism.

Until next time, find a wall and write on it, and locate some canvas, and start a fight on it.
Posted by Ahmed Habib at 2:07 AM 17 comments: Links to this post 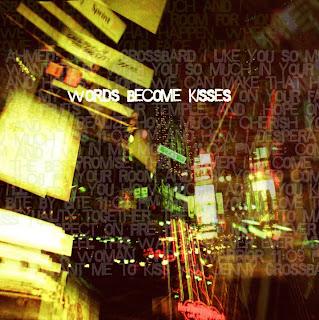 Jenny's photography, our words, for your eyes.
Posted by Ahmed Habib at 11:53 PM No comments: Links to this post

Clouds only speak when they move. Otherwise, their majestic silence holds water and weather, and sadness and pleasure in one stretched out moment of chemical calmness. Tomorrow, the skies will be spotless like the floors of a shopping mall forcefully cleaned to death by a lifeless labourer bearing the full brunt of capitalism. The season of suffering is here to stay.

At most, a few months of rain will shower flocks of wild consumers with cheap cologne handed out by sellout gods. The resulting flooded roads might secretly try to cleanse concrete blocks infested with decades of shame but, as an ironic alternative, will probably force sewage out to greet the greediest of feet. A pathetic storm for pathetic times. For now, the only trickle that meets the eye is that of a sweaty workforce, melting under the heat of a persistent summer.

Stories of snow capped escapes will continue to wet the appetites of millions of desperately sedated citizens, while an electric breeze will play silly pop tunes throughout the week. The sun is due to set soon, and will rise from the remains of his relaxed pocket tomorrow at noon.

Until, then, the night is yours to set on fire.
Posted by Ahmed Habib at 4:21 PM No comments: Links to this post

Back to the Blog

"Between my sea and another" - Karim Sultan

It has only been a few hours since the last broken pencil was surgically removed from my broken torso, and yet, I find myself immersed, head first, into another sea of liquefied amnesia. But, according to our invisible neighbor, with his tongue solidly stuck in my ear, "these are the trials and tribulations of trying to write."

It has been Manama, Cairo, and New York since we last spoke and despite the long procession of days, dilated and depressed, little has changed around me. Tall blood-covered buildings still surround me and apathy and greed continue to bound me.

In Iraq, where the lion's share of my soul rests restlessly, destruction continues to dance to the tune of American occupation. From Mosul to Basra, echoes of "elections" gone by bounce off broken dreams. Thousands of years of literary and poetic might fail to capture the incompetency of the Iraqi government. Theft, corruption, nepotism, and murder have become words that struggle and fail to describe the complete scope of criminality involved in the mis-governance of Iraq.

Over the last seven years, every single injustice carried out against Iraq, and Iraqis worldwide, has been whitewashed and swept under a carpet of carefully calculated confusion. The occupation has either been perversely compared to liberation or it has been diagnosed as the product of historic sectarian violence. Both of which are untrue.

As a result of this foggy fanfare, the guilty are allowed to perpetually elude the guilt. Bloody hands and gluttonous pockets taunt the rotten skies of Baghdad. Around the world, self proclaimed Iraqis sing the praise of the American government louder than they pathetically cheer for their favorite European soccer team. For most, the death of Iraq justifies their exile. A self preserved elite coated by their distance from the waging war zone has boasted the Iraqi government's efforts to portray itself as an outfit of subservient civil servants bogged down by unsurmountable circumstances.

The same old tune rings out like the silent hammering of rain on tin cholera infested roofs. "They are not thieves, they are protectors of Iraq's wealth. They are not murderers, they are defenders of the poor. They are not sectarian, they are the people's choice." A much anticipated Peaceful Obama Remix is to be released soon.

In Palestine, where ghosts from a past life haunt me, the peace process industry finally succumbs to its natural fate: nothingness. Desperate attempts by Mahmoud Abbas and the rusty crust of his Palestinian Authority to sell what remains of the dignity of the Arab world fall apart under the shoes of Zionist racism. Settlers settle, F16s fire, and the Wall wages war without waste.

As we approach the sixty third year of the existence of the State of Israel, synonymous with ethnic cleansing, Apartheid, and genocide, the greatest weapon in the hands of the settler colonial state is the increasing indifference of Arab youth to Palestine.

An allergic reaction to dictator dispersed nationalist mantra and a self hating fever dashed with racism and misogyny color the skin of Arab youth. This disease will naturally vary in its intensity depending on class and proximity to death, but, nonetheless, the general theme applies.

In most parts of the Arab world, minorities are forced to make the choice between marginalized progressive elements and sellout mainstream monsters. Either you suffer with the fragmented ideals of an Arab world, united by language and liberty, respectful of everyone's rights, or you take the ethnic express straight to Washington DC, where the empire eats everyone's ethnicity equally; the passport please.

The much anticipated absence of any wide reaching progressive political project in the Arab world is the life beneath the wings of corporate vultures, stripping the land of any of its weight. Resistance is readily replaced with Rolexes, and tyranny is served hot from your nearest foreign military base.

Direct flights across the Atlantic spin the illusion that exile is nearing its end. But Toronto tortures me with its towering presence, always over my shoulders, whispering voices of my forgotten family, flashing images of a life gone by. Here, my megaphone is muted, my writing looks wrong, and my activism is not-at-all. Every day, I waft through the wonders of working for people with disabilities in a society crippled by its own misconceptions.

I rarely see the light of day, despite the determined gaze of the brilliant sun. Ironically, I know no rest in a city defined by its laziness. This is the Doha Daze. But amidst the apocalyptic drama, my heart beats against the ground, stripping everyone in sight of their uneasy slumber. Love strikes again, lifting me to the limits of life and beyond. My fate rejects defeat and brings me to the arms of a woman whose might is woven by brilliance and beauty.

Sprinkled with the surreal strength of her presence, my once convoluted vision of victory is back to where it has always been: within reach.
Posted by Ahmed Habib at 10:03 AM No comments: Links to this post